360 degree feedback provides leaders at all levels with insights into opportunities for personal growth and development based on input from their direct reports, peers, and others with whom they work.

Given its seemingly democratic nature, it may on the surface sound like a relatively modern concept, but in actuality, the 360 degree approach goes back nearly a hundred years. The American military used some types of 360 degree appraisal during World War I to evaluate soldiers and garner feedback from them. In the 1930s, during World War II, the German military took it a step further and brought in feedback from underlings as well as peers and superiors.

The benefits of a 360 degree feedback survey are multi-faceted and varied. Rather than simply one person's appraisal of the performance of an employee, one of the key benefits of 360 degree feedback is that an employee's supervisors and the company at large can review the employee’s contributions and share how the employee is functioning across all aspects of their role. This allows for managers to more quickly identify potential problems or conflicts that may not have come to light if the feedback was strictly between the manager and employee. Soliciting feedback from all employees helps to foster positive rapport in the workplace and demonstrates to everyone in the organization that their opinion matters. That fundamental level of trust can go a long way in smoothing kinks and streamlining productivity.

360 Degree Feedback Surveys: The Most Important Things to Know

What is 360 Degree Feedback?

The data provided by 360 surveys is powerful because it represents multiple perspectives (managers, direct reports, peers, other stakeholders) and, if well-designed, the results provide rich behavioral information about an individual's capabilities – including what they can leverage as strengths and where they may need to improve. In addition, 360 results can help to further illuminate the data collected in employee census surveys on the actions being taken by managers and senior leaders.

The effectiveness of 360 degree feedback lies in its ability to provide a fully comprehensive picture of the employee’s performance across their duties and through their interactions with all company stakeholders. One common 360 feedback weakness example is that it can result in conflicting feedback. However, this can be a source of meaningful information; if all respondents had the same perception, there would be no need to ask more than one person to conduct the assessment. While 360 degree data is subjective and based on raters’ interactions with the subject, by recognizing the similarities and differences in how the individual is perceived by peers versus direct reports, or internal versus external work relationships, the subject can better understand how his or her words and actions translate in different environments.

How Does 360 Feedback Differ from Performance Management?

Can we simply refer to 360 feedback surveys as a 360 performance review? Where 360 feedback surveys differ from a standard performance review is that the 360 degree survey relies on input from a number of different sources, which can include not only subordinates or supervisors but also peers and people external to the organization. It provides managers and leaders a key developmental opportunity to understand how they are perceived by others, how the perceptions of others align or misalign with their self-perception, and the strengths they can build on while working to manage or minimize weaknesses.

Good 360 performance feedback examples and 360 feedback examples for peers would include questions regarding teamwork, communication, collaboration, achieving goals, working under pressure, effort, initiative, job knowledge, and quality of work. 360 review feedback examples for managers could consist of leadership style, empathy, and oversight. 360 feedback for managers is important because gathering constructive criticism from a multitude of perspectives gives a clearer picture of how the manager interacts with all employees in the organization, not simply their supervisor.

360 feedback comprises both positive and negative commentary on the employee’s performance. Giving criticism is rarely easy, so constructive 360 feedback examples could include the sandwich method -- buffering an element that needs improvement with two elements that are positive and praise-inducing.

Given the growing use of this type of multi-rater feedback review, several 360 feedback tools and systems have been developed to meet the demand. 360 degree feedback as a development tool allows organizations to communicate the skills employees need to align with business strategies, develop new skills needed after an organizational change/transition, improve team cohesion, and assess the impact of training and development initiatives.

One 360 feedback strengths and weaknesses example could include poorly designed content, poorly designed rating processes, or lack of post-survey support. 360 degree feedback can be an invaluable tool for manager development, but it works best when constructed with positive intent and a specific set of goals in mind. This can help leaders avoid the potential disadvantages that come with inviting multiple parties to give their feedback.

As discussed in previous sections, there are multiple advantages of 360 feedback. It allows for a more complete picture of an employee and their performance, among other benefits. However, there are disadvantages of 360 degree feedback that businesses seeking to implement a new program should think about.

Some disadvantages include pitting employees against one another. Another challenge can be the confidential nature of 360 degree feedback. Without knowing who gave what feedback, it can be difficult for an employee to respond. Another disadvantage can be that 360 degree feedback focuses too much on the negative and not enough on the positive. With so much feedback from multiple sources, employees can also grow increasingly overwhelmed, feeling they have to change too much about themselves all at once.

Therefore, the effectiveness of 360 degree feedback within the specific culture of a specific business should be carefully considered. There are no one-size-fits-all processes, and all 360-degree feedback processes should be tailored to suit the given environment.

To avoid the pitfalls explained above, the question one must answer is how to improve 360 degree feedback. Constructive 360 feedback examples should show empathy and inspire improvement. Here are some tips for how to improve 360 degree feedback: one should keep surveys brief to ensure that everyone completes them in a timely manner. Another best practice to keep in mind for 360-degree feedback is to avoid asking leading questions. Keep questions neutral so that participants are encouraged to answer honestly.

Negative 360 feedback examples could include asking for two pieces of information within a single survey question. This is likely to confuse survey participants. Another negative example would be repetitive questions. Ensure each question addresses a specific, relevant topic for the reviewer. These are but a few instances of how to properly tailor 360 feedback.

What do effective 360 survey questions look like? Here are some examples of 360 feedback questions focused on strengths:


Here are some 360 degree feedback questions for senior managers:


Those are just a few examples of 360 feedback survey questions that your business may wish to consider incorporating into your own 360-degree feedback  program.

Your people. Your questions. Your business.

Perceptyx is the only employee listening and people analytics platform that lets you design and execute a strategy as unique as you are. Select the listening type, channel, and cadence that’s right for you, then let us help you turn data into insights.

“Imagine you’re a CEO trying to manage 90,000 employees. Even in the best of times, you have no way to get out and talk to every single person, and in today’s volatile environment it can be near impossible to understand their perspective. Perceptyx allows us to have an ongoing conversation with the organization at scale; it’s the way we provide our leaders with immediate insights into the issues that really matter to people — and get ahead of them.” 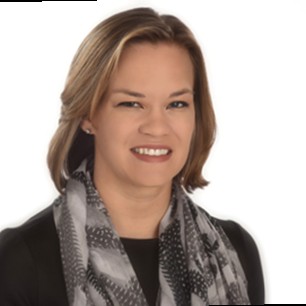 Our Customers Love Us

We help companies around the world see their next steps.

The Outcomes of a Continuous Conversation at Scale

The dynamics of today’s workplace calls on leaders to make a more genuine connection with their employees....

What to Know About Data Response Scales When Changing Survey Providers

As you do your market research and prepare to change listening providers, there are a number of factors to...

How a People-First Culture Can Drive World-Class Business Outcomes

What one word would you use to describe how you want to feel this year? When readers were asked by The New...

Getting started is easy

Advance from data to insights to focused action